Carbon build up is a common problem with petrol engines in generators, both large and small. When carbon builds up in an engine, airflow is restricted and causes problems. Carbon build up increases when a generator is used below sufficient load and at a constant RPM. This can damage the engine and reduce its life and operating efficiency.

Carbon build up is caused by running an engine at low loads. This can also happen when an engine is left idling, as a 'standby' unit. Cylinders and pistons rely on higher pressures to operate effectively, which isn't happening when running on low loads. This results in poor combustion, leading to soot formation and unburnt fuel - which is bad for your engine! 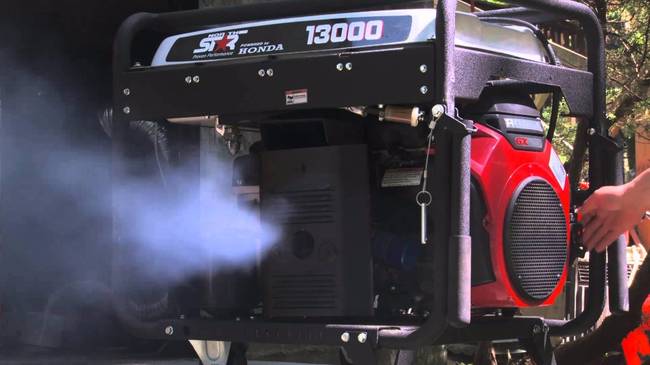 How To Avoid It

Carbon build up can be minimised by using your generator at higher loads more often - just like a body needs exercise to work its best, an engine needs to be run at higher loads to continue operating at its best.


However, carbon build up cannot be completely avoided. It is highly important to get your generator serviced about every 12 months (dependent on how often you use it). Macfarlane Generators have highly qualified and experience service technicians, who know the in's and out's of carbon build up, and other common problems (such as stale fuel). By getting a service every 12 months, we will be able to predict and prevent issues before they become issues!


For more information about operating generators at loads, or any related questions, give our service team a call on 1300 MAC GEN.