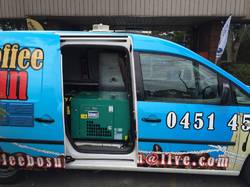 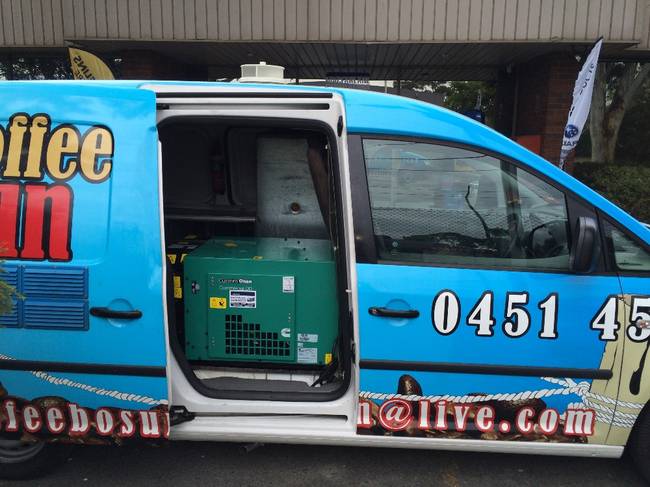 If you store your RV over the winter or don’t operate it often enough to refuel the petrol tank every month, you could develop a fuel varnishing problem in your generator engine. Fuel varnishing is a gummy residue that clogs the generator carburettor and fuel pump. It’s caused by the deterioration of fuel that sits in the engine too long.

Fuel varnishing affects many engines but it’s more noticeable in generators because the engines are smaller and sensitive to fuel issues. Even the slightest decrease in efficiency has a big impact on performance. A generator with varnish buildup may start but run like it needs a tune-up.

The only ways to prevent fuel varnishing is to treat the contents of the tank supplying fuel to the generator with a fuel preservative and to exercise the set. We recommend using Sta-Bil fuel stabliser, especially on infrequently used RVs.

Emptying the tank won’t prevent fuel varnishing because a small amount of fuel always remains in the generator carburettor. If you plan to leave the tank empty, we recommend that you add a special mixture of fuel and a preservative before you run the tank dry so the residual fuel contains the preservative. To purchase our fuel stabiliser, please contact us.

Once varnishing has occurred, adding a preservative won’t correct the problem. You need to add a fuel cleaner and manually scrub the varnish from the fuel system parts.

By understanding how to properly care for your RV generator and protect against fuel varnishing, you’ll enjoy better performance and longer, service-free operation. It may seem strange that “not” using a product causes it to fail faster. With generators though, that’s exactly the case.

Talk to us for more information about your Cummins Onan generator service, parts and fuel stabilisers.

Important: Problems caused by fuel varnishing will not be covered under warranty.