Recently, we wrote about the Liddell Power Station and how its closure will impact Australian home and business owners (Read it here). The Australian government has been urging AGL to keep the plant open for longer or to accept an offer from a different power company who will keep it open. 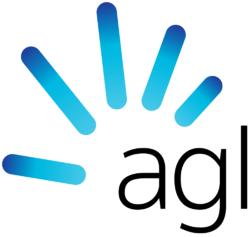 During May, AGL refused a $250 million offer from Alinta Energy to buy Liddell power Station and has confirmed its decision to close the plant in 2022. AGL stated that the offer from Alinta and its Hong Kong based owner, Chow Tai Gook Enterprises, significantly undervalued future cash flow from the NSW power plant.

Treasurer Scott Morrison has previously urged AGL to accept the offer from Alinta to purchase the plant, supported by calls from Prime Minister Malcolm Turnbull. The government is asking for the plant to remain open until 2025, when the expansion of the Snowy Hydro scheme is online - ensuring there is no gap in power availability.

AGL will decomission the 50-year-old power station and replace its capacity with cleaner energy sources, which includes a 250MW gas-fired power station. It also plans to upgrade the capacity of the existing Bayswater plant by 100MW. The government has said that while these measures are welcome, they would not fill the generation gap left after Liddell's closure.

Former Prime Minister Mr Abbott called for the compulsory acquisition of Liddell for the same price Alinta was prepared to pay and then sell it to Alinta. He called the decision "a strike against the national interest". Mr Abbott also said "it's in their narrow commercial self-interest to get the price of power up because that pads their profits".

Liddell Power Station produces enough power for around 1 million homes. By closing the power station, AGL will simultaneously cut the available base-load power in NSW, push up prices further, and expand the share of electricity that must be provided by renewables.

In light of these decisions, it is evident there will be turbulence in the coming years within the energy market across the East Coast. With these decisions being reasonably set in stone, now is the time to look to alternative power options for your home or business, in the event of power shortages and outages.